ZapBuddy experiments with incorporating AR in its messaging app 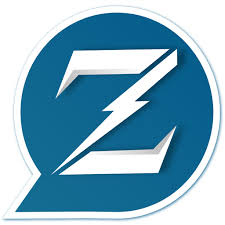 ZapBuddy has recently expanded into Augmented Reality (AR) and maps built-in as a part of its core function, in addition to their messaging app.

They have been working on incorporating AR as a key component of their messaging feature. Initially, the feature was limited to viewing maps, something that Google Maps has already been doing.

The AR templates were not limited to the founding father but there are other diverse engaging visual offerings as well. Other versions covered scanning codes to launch AR drinks that seem to be highlighting more of the startup’s direction of engaging with AR in different scenarios which seem to be targeted for various purposes.

However, this is just the initial step and quite experimental for now. AR features are fun but they need to be fine-tuned further to be smoothly incorporated into the messaging apps. The AR experience whilst fun seems to lack the fine-tuning to be seamlessly working within the chat. Quick fun AR elements from Snapchat seem to be doing the trick, however, this new method of having complete 3d models within messaging apps need to engage is a relatively new area and they need to work more to refine this experience.

The startup's approach towards enhanced privacy measures such as privacy for pictures, having maps for points of interest, and now AR seems to indicate AR-based campaigns around maps coming soon as well.